Unlike fossil fuels, renewable energies are characterized by the fact that they are clean and tarissables. They result from natural phenomena such as wind, water movement and solar radiation …

Hydropower: This energy is produced in hydroelectric power plants where the water movement is converted into electrical energy.
Wind energy: Large areas of the Algerian territory is crossed by a fast wind that provides a cheap source of energy and non-polluting. Generators installed on top of wind turbines convert the mechanical energy aroused by the wind into electrical energy.
Solar Photovoltaic Energy: The Great Sahara represents an invaluable potential for solar energy. Indeed, this energy comes from the conversion of sunlight that is collected by the light sensors on the solar panels into electrical energy (solar photovoltaic) or thermal (solar thermal, as is used in water heaters solar). 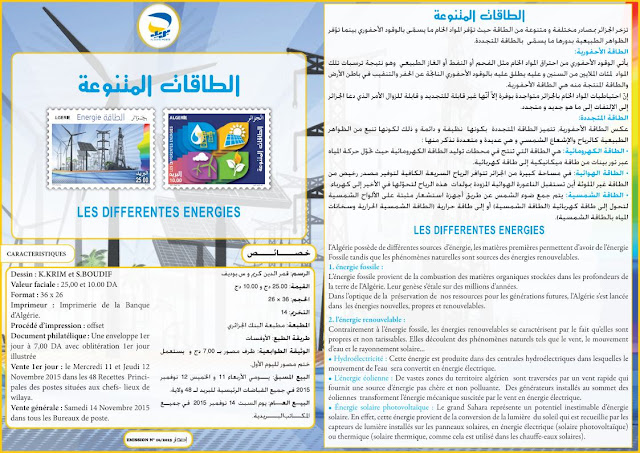