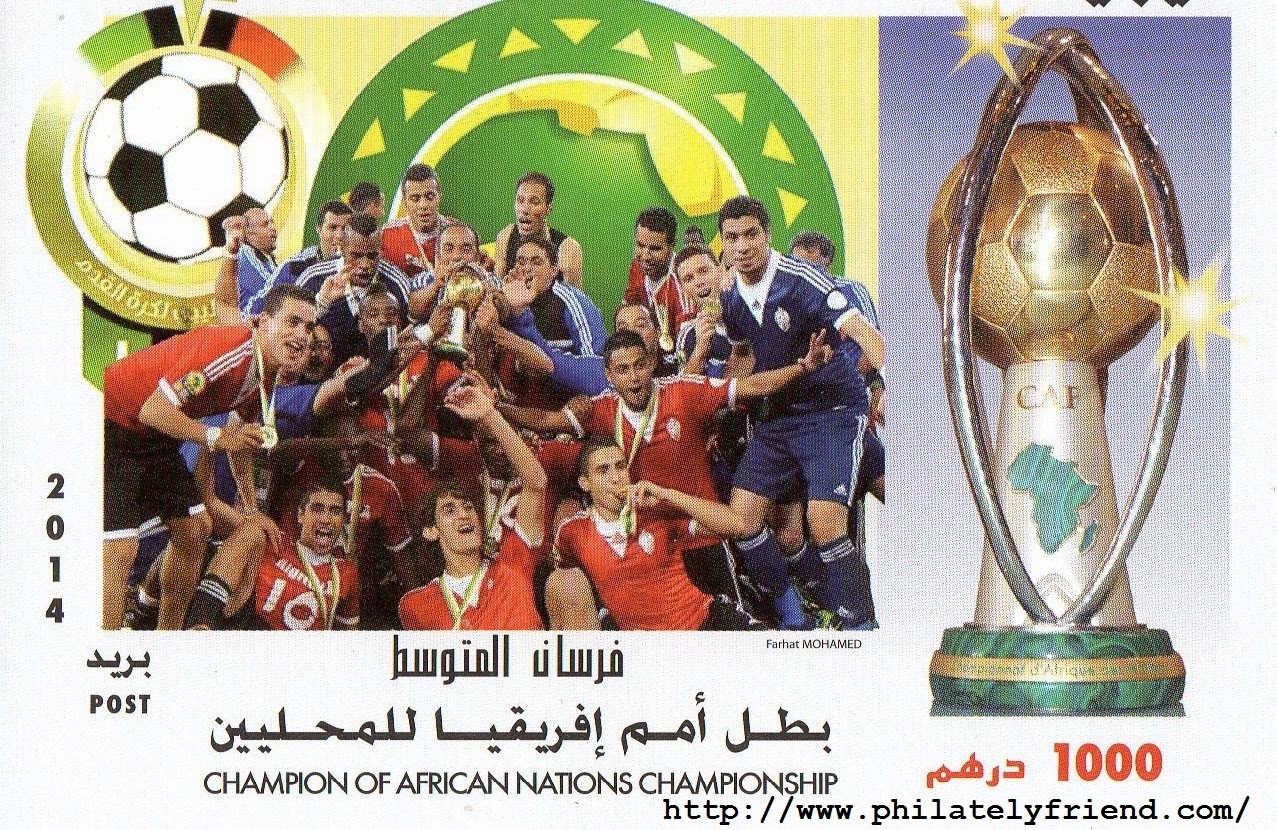 Tripoli:New stamps are to be issued honouring the triumph of the national football team in their recent African Nations Championship victory.
The three stamps showing different pictures of the team after their victory and the Africa Nations’ Cup were unveiled to football fans at a ceremony held by the Ministry of Communication at Tripoli’s Mahari Radisson Blu Hotel on Wednesday.
The Minister of Communications Osama Siala said at the event that he had personally been overjoyed by the victory which he called historic. He added that the football team had showed Libyans how to innovate and rise to a challenge.
The national team were also in attendance at the Mahari as well as the Deputy Minister for Communications Mohammed Bilrasali, the head of the Libyan Football association.
Facebook
Twitter
Pinterest
WhatsApp
Previous articleMosques from Libya 20 JULY 2014 ISSUE
Next articleLIBYA WINNER OF 2014 AFRICAN NATIONS CHAMPIONSHIP